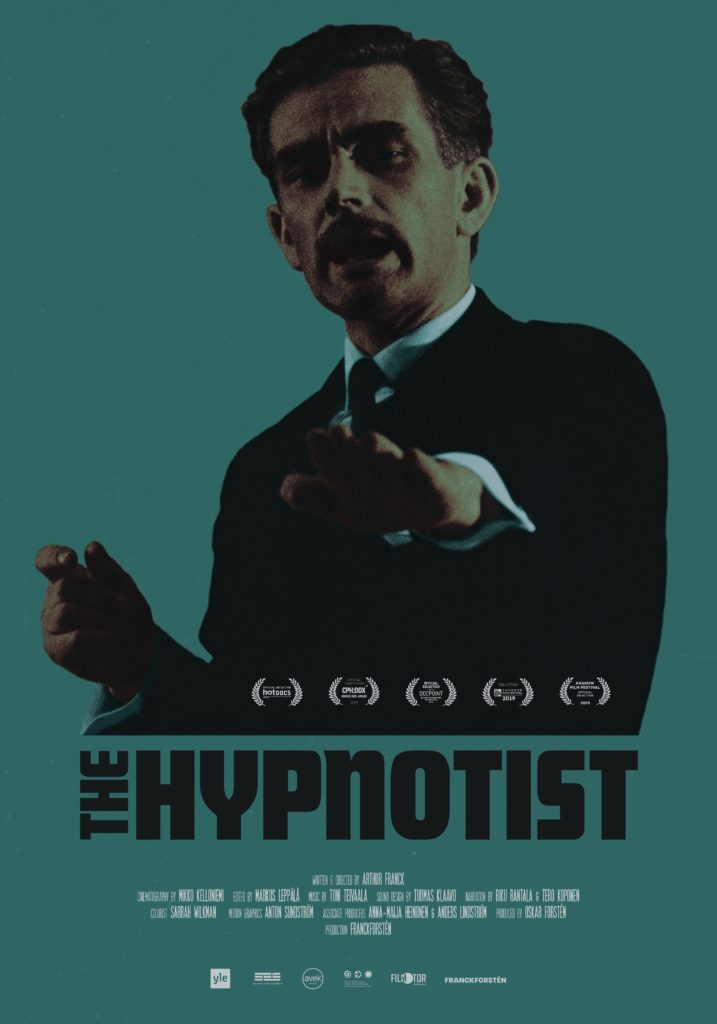 The Hypnotist is a meditation on power, truth and myths in Cold War Finland, told through the story of the Finnland´s own Rasputin, the hypnotist Olavi Hakasalo, a.k.a Olliver Hawk.

In 1980, Finland’s most famous hypnotist Olliver Hawk was put on trial accused of fraud.

Throughout the 1960s and 70s, Olavi Hakasalo charmed and hypnotized the whole nation. He sold out thousands of stage hypnosis shows, ran a successfull private practice where he treated people for various behavioural issues, and cultivated a celebrity status for himself. But in his personal life, he was unable to maintain meaningful or loving relationships. His insatiable drive for success and power ended up costing him his family, his friendships, his wealth and ultimately his reputation and credibility.

The cold war Finland of the 60s, 70s and early 80s provides the mise-en-scène for the film. It is a period characterized as Kekkoslovakia, due to the nations father figure President Urho Kekkonen, who ruled supremely for 25 years.

Hakasalo predicted the rise and risks of populism, which led to his involvement in covert political operations. In the end, he stood too close to the fire; he had the audacity to go up against the most powerful man in Finland, and paid the price. Or that is what Hakasalo would have us believe. But our main character is the ultimate unreliable witness, and the film, which embraces the ambiguity of his story, takes the viewer on a journey into, and out of, Hakasalo’s personal truth.

“The Hypnotist is a remarkably well-crafted film. With a uniquely unified visual aesthetic, it is a pleasure to watch. Franck captures the time periods he draws on, a detailed touch that helps coalesce the otherwise unwieldy narrative.”

“One of the wackiest flicks in the Hot Docs lineup, The Hypnotist walks the line between fact and fiction, truth and conspiracy, experimental artistry and unreliable narration…”

– Filmmaker Magazine, What to See at Hot Docs 2019 by Lauren Wissot

World except of Finland & Sweden

Arthur Franck (1980), bachelor of Arts, made his first film ‘Heil myself!’ when he was only 10 years old, after he did not make any other film for 15 years. In 2004 he fell in love with creative nonfiction filmmaking, and haven’t looked back since. The Hypnotist is his 3rd feature film.

navigate to another film